Archive for the ‘Violence’ Category

AND THIS IS WHY MY BLOG IS CALLED OH2BHUMAN

Some humans really push the boundaries and make us question whether in fact all men are created equal and then people like Leroy Smith renew our faith in humanity!!!!

HUSBAND ON TRIAL FOR SEX WITH WIFE

Sex, Dementia and a Husband on Trial at Age 78

Henry Rayhons, 78, has been charged with third-degree felony sexual abuse, accused of having sex with his wife in a nursing home on May 23, 2014, eight days after staff members there told him they believed she was mentally unable to agree to sex.

This is such a compelling story…I’m not sure how I feel about it. 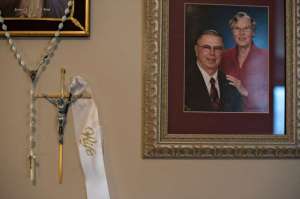 When I read this story this morning, my heart hurt.  I just can’t understand this way of thinking – unimaginable and so terribly sad….I have no other words.

One of the men, Mukesh Singh, convicted of gang raping a woman on a bus in Delhi in 2012 has blamed his victim for the fatal attack, saying “girls are far more responsible for rape” than men.  Speaking from prison where he is awaiting his execution he goes on to say:

“A decent girl won’t roam around at nine o’clock at night,” he said.

“A girl is far more responsible for rape than a boy. Boys and girls are not equal.

“Housework and housekeeping is for girls, not roaming in discos and bars at night doing wrong things, wearing wrong clothes.

“When being raped, she shouldn’t fight back.

“She should just be silent and allow the rape. Then they’d have dropped her off after doing her and only hit the boy.”

Police said the victim, known as “Jyoti”, meaning “flame”, was found with multiple wounds and had also been raped with metal bars, causing catastrophic internal injuries.

See the complete story written by Lizzie Deardon, with the Independent

Apparently Ontario has been slow to change the curriculum surrounding sex education  (last update was in 1998) compared to the other provinces in Canada.  I applaud the changes. They are a reflection of the way things are in 2015.

Not everyone is happy; people are protesting; parents, politicians, and religious representatives are opposed to the schools teaching our children about sex in 2015.  I’m a little confused. I don’t understand what they think will happen to our children – because they learn about homosexuality, will they “become” gay?  if they END_OF_DOCUMENT_TOKEN_TO_BE_REPLACED